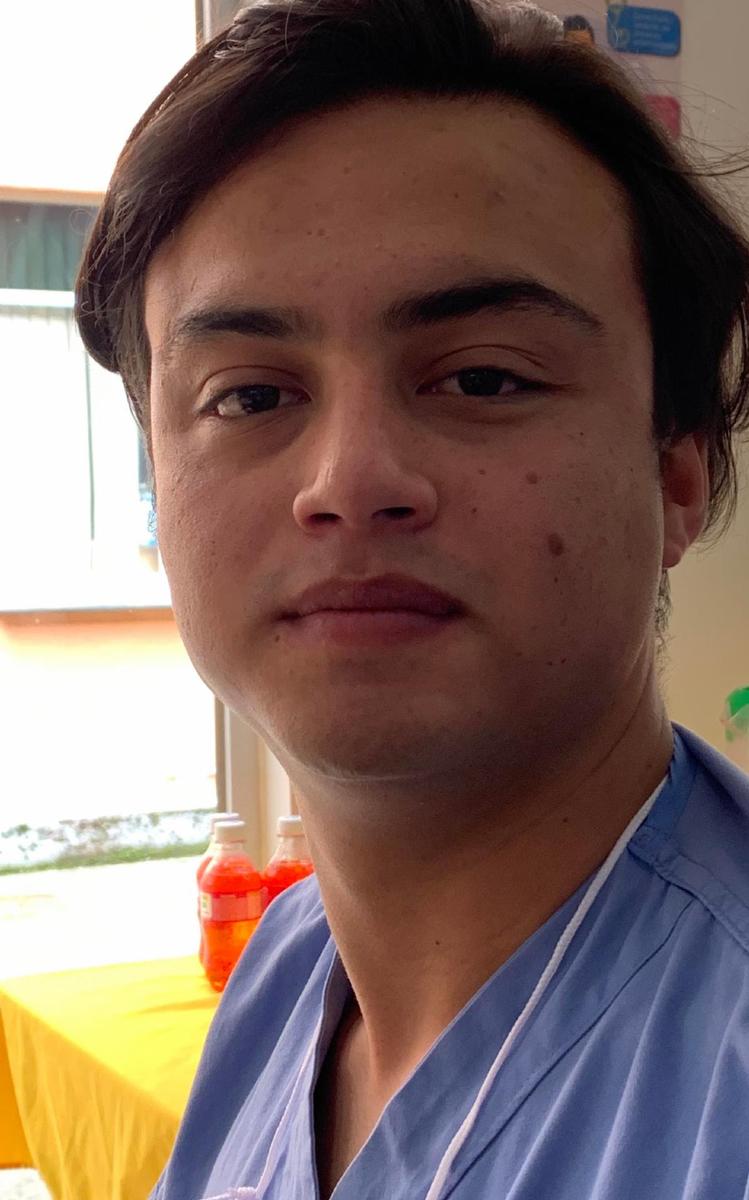 Nelson Aldahir Pauker Chavez grew up in El Chaco, in the Napo Province of the Amazon.  This is a farming town of about 8000 people. At around 13 years old, Nelson started to have pain in his hips. The pain grew to be so intense that he would wake up in the morning crying. He could only walk with crutches.He could only manage to go to school 2 or 3 times a week. His classmates were helpful but he was depressed because he couldn't do things on his own. For almost 3 years Nelson lived in the hospital.

In 2017, when he was 16, he came to CAMTA for a hip replacement.  His case was very challenging because of the amount of deterioration in the hip.  The surgery was a success and Nelson was so happy. Not only did he have no pain, he could now be independent.

This year Nelson came back to CAMTA as a volunteer translator. He has finished high school and will be going into university soon. He says, “Someday, I would like to be with CAMTA as a doctor-someday.”

Flowers in thanks Thanks from Fundación Tierra Nueva
Scroll to top